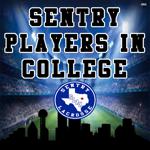 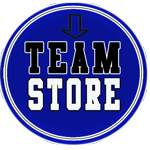 Over 450 Players committed to NCAA Schools:  The Madlax All-Star program is one of the premier clubs consistently in the nation when measured by talent and college placement.

Texas players that have played on the Madlax National teams:

Madlax coaches are all intensely trained and carefully screened before they coach your boys. Madlax has professional and organized coaches who are on time, prepared and follow program character expectations (C.A.S.E.) and playing time philosophies. Madlax has always had the most experienced and positive coaches in the greater DC area who act as teachers, role models and mentors for your boys. Madlax coaches all are taught the same system using the similar language and calls for offense, defense, clears, rides, EMO and MDD. Team chemistry and continuity has always been a trait of Madlax and it is due in large part to coaches who care and try hard to win the right way.

Madlax is the only lacrosse program in Maryland, DC, Virginia that is in the NLF and NAL tournaments. Both of these events are two of the biggest and most competitive tournaments in the country.

Madlax founder and owner, Cabell Maddux, adds, “Texas, and in particular Dallas, is one of the most explosive growth areas for lacrosse in the country so we are very excited to help grow this great sport in that region. We have been focused on establishing a partner program there for years but searching for the right leadership. We could not be happier with the partnership with Tommy Shuey and Pat Debolt, Directors of SENTRY LC, who are impressive and working hard to grow the sport in Dallas. All the boys who are now or one day part of Sentry LC will be afforded the opportunity to play with and against some of the best players in the US on a true national team in premier recruiting and all-star tournaments. I am truly excited for the boys in his program! ”

About Madlax
Since 1996 Madlax, headquartered in McLean, Virginia outside Washington, DC, has been one of the nation’s premier lacrosse companies. Madlax is a comprehensive elite lacrosse and character building program for boys ages 5-18. Madlax manages 6 tournaments and 2 Showcases annually across the country. Madlax Directors, coaches and leaders emphasize the unique CASE initiative (Character, Attitude, Success, Effort) throughout specific aspects of our programs. Madlax is committed to developing players through clinics, camps, tournaments and travel all-stars teams throughout the world. Madlax offers boys from Virginia, DC, Maryland, Florida, California, Canada and now Texas the opportunity to travel and play at an elite level in the most prestigious recruiting tournaments each year. Madlax also operates a lacrosse specialty store in McLean, VA, an online superstore, madlaxshop.com and owns the private apparel label, MadGear, which produces the nationally popular MadGear Shorts.